Please enter your email address. We will email you a link to reset your password.

A link to reset your password has been sent. If you do not receive it shortly, please check your junk or spam email folder. If you do not have an account, please select Manage Order.

Email Address is a required field 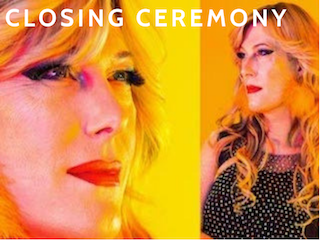 Mark your calendars for June 30, 2019, as NYC Pride welcomes all to a final celebration of pride from 7-10pm in NYC’s iconic Times Square.

The evening will provide a full slate of influential speakers and global musical talents who represent the cultural diversity, tenacity, and grace of the LGBTQIA+ community. One of the renowned artists slated to perform is Grammy-Award winning singer-songwriter, Melissa Etheridge.

Known for her confessional lyrics and raspy, smoky vocals, Etheridge has remained one of America’s favorite female singer-songwriters for more than two decades. On October 7, Melissa Etheridge released Memphis Rock & Soul, her first album since 2014’s critically lauded This Is M.E. Recorded at Royal Studios in Memphis, the album has received stellar reviews. Etheridge is also featured on the cover of the Holiday 2018 NYC Pride Guide: WorldPride Preview.

Jake Shears and MNEK will also perform at the WorldPride Closing Ceremony.

If you’ve ever seen Jake Shears hijack a stage – his falsetto hitting skyscraping notes, sweat dripping from his brow, his pelvic thrusts locked in synch with the beat – this will come as a surprise. After more than a decade as one of pop music’s most cocksure and buoyant frontmen, Shears suddenly found himself alone and adrift a few years ago, nursing a broken heart and staring down an uncertain future.

A precociously talented individual, MNEK started making songs when he was just 9-years-old, before signing his first publishing deal five years later. Able to deconstruct and re-build pop, R&B, and dance in a way most mere mortals can't, his songwriting, production, and vocal skills have been sought out by everyone from The Saturdays (on two Xenomania-assisted singles) to Rudimental (Spoons/Common Emotion).

Additional talent will be announced in the weeks ahead.

**To remain in compliance with the City there will be an extensive bag check and no provided restrooms. Please plan accordingly. **

You must be signed in to add this to your order. Sign in here or create a new account.

Your cart has expired.

We're sorry, you ran out of time to place your order. Please try again later, or feel free to contact us for further help.

Want to sell your tickets? Here's how: